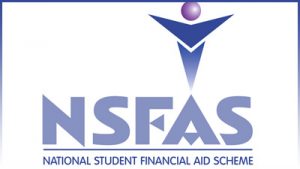 Grade 12 learners and students wishing to apply for financial assistance to study at any of the selected public universities and TVET colleges in the 2016 academic year have until 30 November 2015 to submit their applications.

Online applications are only limited to students applying to study at the following selected institutions:

The applications for financial assistance are only open to learners/ students from poor and working class families who cannot afford to pay for their studies. This may include eligible students who were not funded by NSFAS in the 2015 academic year and those who were not funded in the previous years.

NSFAS opened online applications at the beginning of August 2015 to give applicants adequate time to submit their applications early. This period allows NSFAS to directly receive applications, process them and award funding to eligible students using the new funding model.

More than 30 582 online applications were received since the beginning of the application period and a significant number of applications have been processed thus far. NSFAS will communicate with all applicants via SMS or email as soon as 2015 Matric results are released. Applicants can also contact NSFAS directly through the Contact Centre on 0860067327 or info@nsfas.org.za for further assistance.

The new model is part of the recommendations by the Report of the Ministerial Review Committee on NSFAS. The model was piloted with approximately 15% of the NSFAS funded student population in the 2014/15 financial year, and it is expected to be rolled out to more institutions in the next financial year. In essence, approximately 85% of the student population remains with the old model. R1.3 billion was disbursed via new model to 67 277 students including the R250 million paid through sBux voucher system for allowances (food, accommodation, books, and transport).