A lot good gets done with love 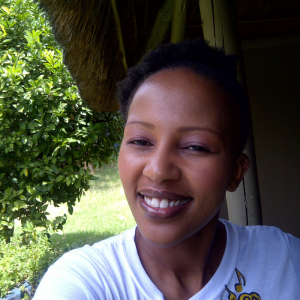 Though “an eye for a smile” can be a meaningful piece of advice, it isn’t an easy thing to do. It’s one thing to like someone who is nice and kind to you, and an entirely a different story to like someone who openly seek out to put you down. It’s unusual, and sounds like impossible.

Yet, when we look around, we might realise that there’s nothing a human can’t really do. For instance; because we can’t walk on water, we’ve inverted boats. Because we can’t fly, we’ve invented airplanes. We can leave the planet, breathe under water, talk to people almost everywhere in the world, and have manipulated nature in so many ways. These examples indicate that anything is possible with humanity if enough time, effort and energy is applied to it. It may not be precisely as expected, but it can still take place.

Absolutely, we’ve achieved a lot, but living in peace with each other is yet a distant dream. One of the things we can say humanity has lost is principles. Note that it has gone astray, not unknown. What’s noble or wicked in the world is a matter of convenience, personal opinion or an agreement. We live in a world where everyone’s achievement, happiness, preference, dissimilarity is one way or another poked fun at.

Yes, being friendly to someone who doesn’t like or who did you very wrong can be a challenging thing to do. But if we give it enough effort, time and energy like you do in achieving your dreams, it’s within your reach to not hate a step mother/father who treats you like a trash, a rapist who brutally forced himself in you, a fake friend who talks behind your back, an ex-lover who mercilessly broke your heart, an oppressive boss who breathe down your neck all the time, a criminal who killed your beloved, a neighbour who always act in a fit of furious jealousy to turn everyone against you, or colleague who spread bad gossip about you.

Without a doubt it can be very hard, but possible when we stop limiting ourselves, but willing to go further than whys and wherefores. While disgust may possibly be some sort of ordinary reaction for a lot of people, it’s however not beneficial anyway, but robs you off your freedom to be greatly happy with your life. Yes, it can take some good hard work, and pretty much of patience to be loving. But when we forget about but’s, and’s, why’s, if’s, when’s, how’s, the effects can be super; a peace of mind beyond your wildest dreams.

If you would also like to see your article, poem or opinion piece published in our blog, email it to: info@educationambassadors.org.za

South African Dr. Glenda Gray, who is also a Professor at the University of Witwatersrand, made TIME’s The 100 Most Influential People list for her ...